Get "Solar" Power in Your Grow Room

The LUMii Solar 315w CDM Gro Lamp produces light predominately in the blue part of the spectrum. This intense blue light is perfect for young and mature plants in the vegetative cycle or for supplementing HPS lights, it has a colour temperature of 4200k, or bright white. The LUMii Solar 315w CDM Lamp promotes tight internodes and squat growth habits in plants and is often referred to a as a "daylight" lamp as it so similar to sunlight. 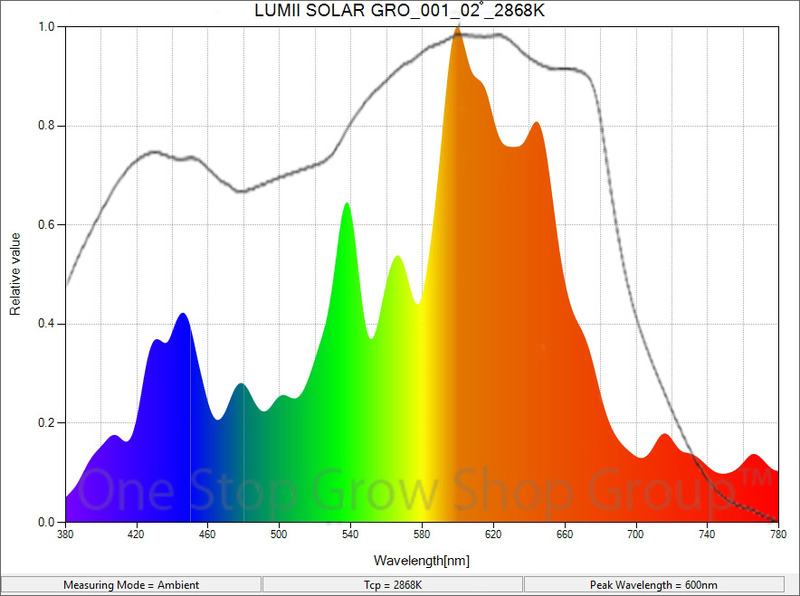 The LUMii Solar 315w CDM Pro Lamp produces light predominately in the orange and red part of the spectrum. The deeper, enhanced orange and red light is optimised for flowering plants and higher essential oil production, with a colour temperature of 3200k or warm white. The LUMii Solar 315w CDM Pro Lamp is capable of growing plants from start to finish (as it is full spectrum) but is more geared to the bloom phase because of the dominance of the orange and far red illumination. 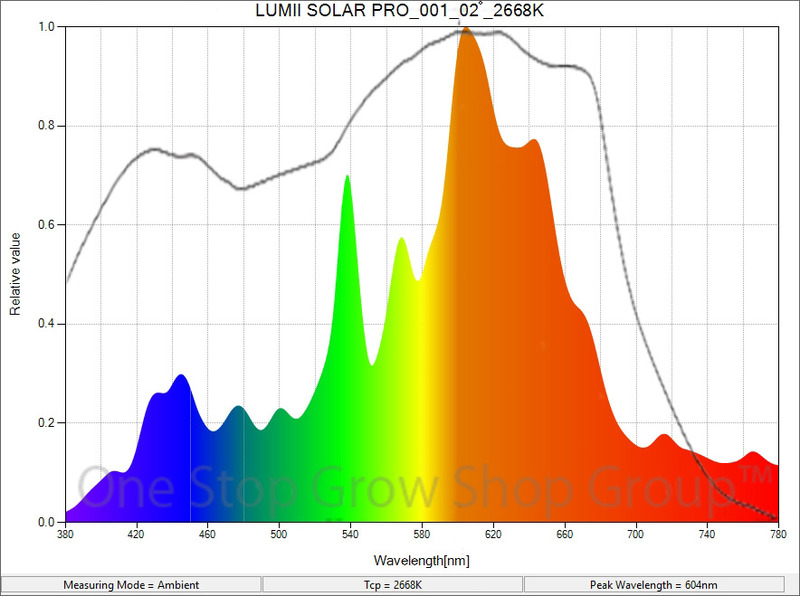 The black line in the graph above represents the "McCree Curve", which gives a relative indication of how efficiently a plant uses the different colours in the light spectrum to photosynthesise with.

For more information about the above graph check out our blog

How to Use the LUMii Solar 315w CDM Lamps

Warning: When CDM lamps are switched on they run extremely hot. As with all high-pressure grow lamps it is necessary to avoid touching the lamp with anything such as fingers or plants as this may cause severe burns or fires. In particular avoid sprays or liquids coming into contact with the lamp as this may cause premature failure or even an explosion.

PLEASE NOTE: The 315w CDM lamps need to be bedded in as follows: on first illumination the lamp needs to be run continuously for a minimum of 15-30 minutes. This will allow the metals within the lamp to fuse correctly.

FAILURE TO DO THIS WILL RESULT IN LAMP FAILURE!
If the above is not adhered to, lamp warranty claims will be void.

As with all lamps the light output they produce will decrease with use over time. One Stop Grow Shop recommends you replace your lamp regularly to maintain your garden efficiency.